Vardzia is one of the most iconic attractions in Georgia. It is located some 30 km away from the regional center of Aspindza, on the left bank of the Kura River, region Samtskhe-Javakheti.   Vardzia is not just a set of random rooms cut in rocks. It is a multi-storied complex with streets, tunnels, and stairs leading to monasteries, temples, fortresses, baths, libraries dwelling houses, and so forth.

A brief history of Vardzia

Vardzia was erected in the 12th – 13th centuries during the rule of George III and his daughter of Tamara for the purpose of the southern boundaries of Georgia protection. Legend says the duo gave the site its name: Vardzia sounds like ak var dzia, or ‘I am here, uncle’, a phrase apparently uttered by a young Tamar after she got lost in the caves.

Overall, there are over 600 premises connected by passages, which stretched along the mountain for as long as 800 meters, to the depth of 50 meters standing 8 levels tall. In case of an enemy attack, the monastery turned into a fortress for inhabitants and could host up to 20, 000 people.

In 1283, an earthquake destroyed most of the complex, shaving away half of the cliff to reveal the site’s inner workings. As a result, the monastery lost its function as a fortress. Later Vardzia suffered from Mongol invasion in the same 13th century, Iran defeat, and Turkish yoke in the 14th -17th centuries – all those events led to the city’s destruction. It was completely abandoned in the 16th century. Later in 1828 Javakheti region was liberated by Russians and life returned to Vardzia.

Infrastructure around the fortress

There are a number of cafes and restaurants located in the parking at Vardzia. So you can have a great meal at Cafe Vardzia on the river.

There is also an Ethno Design shop near the ticket booth if you’re looking for souvenirs.

There are a couple of direct vans between Tbilisi and Vardzia departing from Bus Station Didube.

Another option is to change marshrutka vans in Akhaltsikhe. While it’s technically possible to do a day trip to Vardzia from Tbilisi using public transport in the summer months, it’s a very tight turnaround and you might only have an hour or so to explore the caves.

On top of that, you won’t have time for any of the other attractions in the area such as Vanis Kvabebi or Rabati. For this reason, we highly recommend joining a day tour or hiring a private driver, or checking our tours in Vardzia. 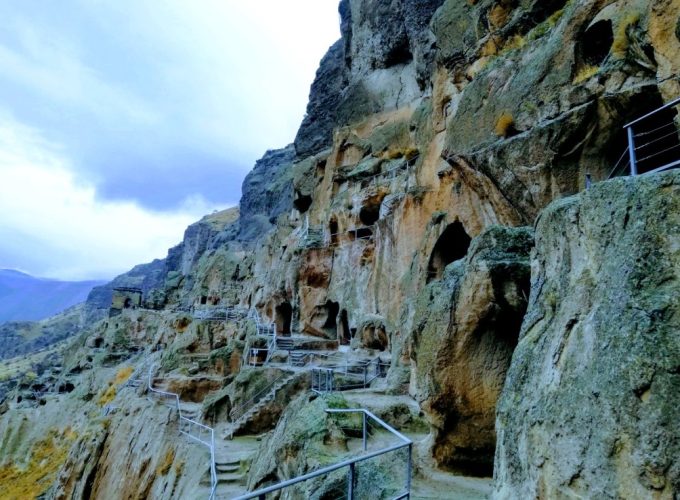 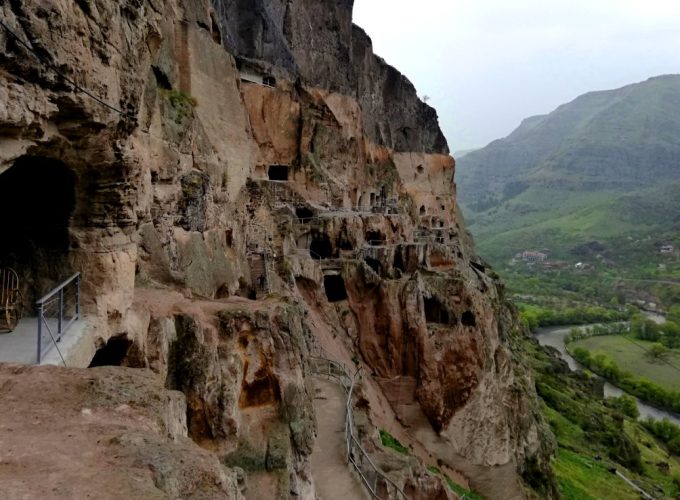 The weekend tour in Vardzia 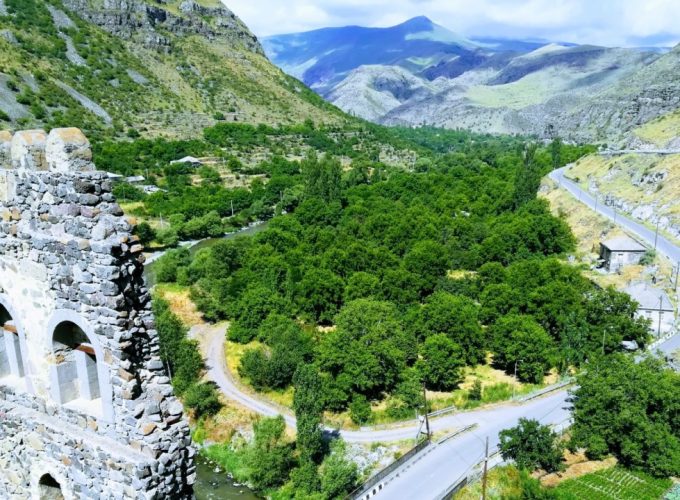 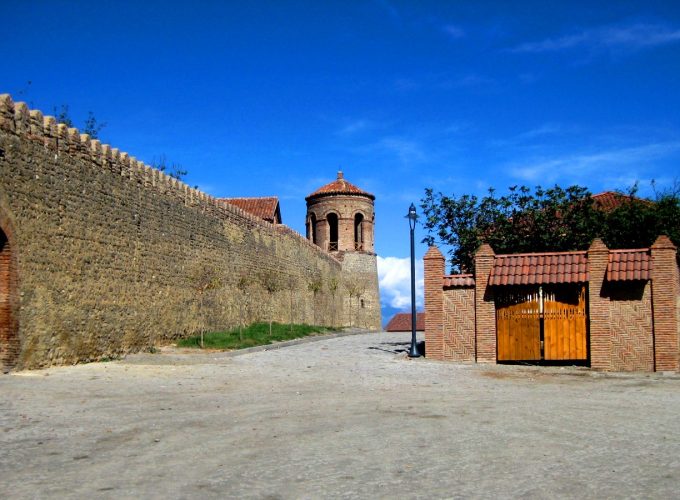 Other things to see & do around Vardzia

Vanis Kvabebi: Just 3.5km from Vardzia, Vanis Kvabebi is another (much smaller) cave complex set back from the river.

Khertvisi Castle: One of Georgia’s largest (and oldest) fortresses. This castle sits at the confluence of the Paravani and Mtkvari rivers 16km north of Vardzia.

Tmogvi Fortress: Further along the river in the village of Tmogvi, these castle ruins are set in a dramatic location high above the rocky river gorge. Nothing has been restored, but you can clamber over the walls and enjoy the views.

Vardzia on a map