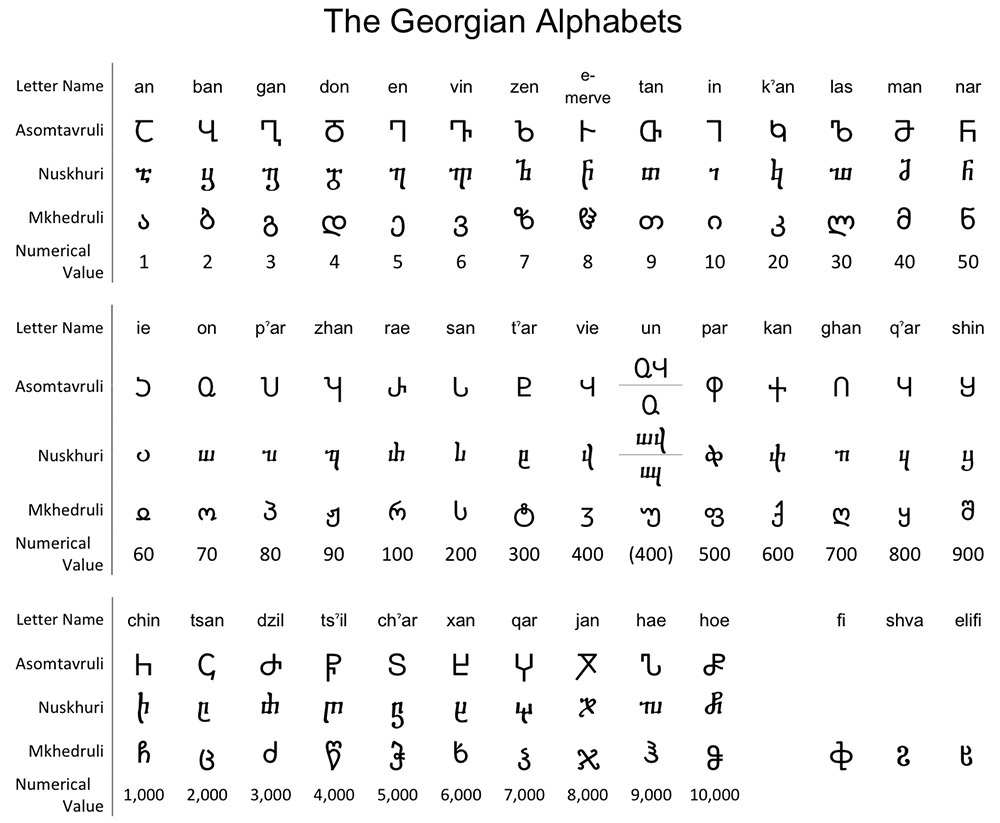 The Georgian language is spoken by more than four million people. It is unique and has no similarity to any other alphabet in the world.

There are three Georgian alphabets:

First two alphabets you can meet in religious inscriptions and many Georgians cannot read them. All three Alphabets are written from left to right. Initially, there were 38 letters in all three Georgian alphabets, but at the beginning of XIX century 5 letters have been removed from the modern Mkhedruli, which are no longer used in modern Georgian.

The first known Georgian texts are inscriptions from the 5th century. The Georgian national epic, the knight in the Panther’s Skin, by Shota Rustaveli, dates from the 12th century. Modern Georgian is considered to have emerged in the 17th century.

There is no doubt that phonetically Georgian is very challenging, but don’t get discouraged if you can’t produce every sound. It’s very important to recognize and hear the difference between each sound. Unlike English, all syllables in Georgian are pronounced almost equally distinctly. In the beginning, your pronunciation might not be perfect, but with practice and time you will sound like a native speaker.

Parnavaz I was the first king of an ancient Georgian kingdom known as Iberia. He ruled in the 3rd century BC: 302–237 BC. He defeated Macedonians and united the east and west kingdoms and made strong centralized state. His name is connected to creation of first alphabet of Georgia. Pharnavaz is also said to have patterned his administration upon an “Iranian” model. He reigned for 65 years and was the longest ruler in Georgian history. He was the founder of first Georgian royal dynasty named Pharnavazian.

There are 6 pairs of consonants which sound almost identical. The first sound of each pair is voiceless, the second sound is voiced (unaspirated) 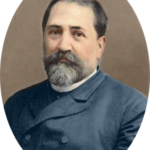 Ilia Chavchavadze (8 November 1837 – 12 September 1907) was a Georgian figure, journalist, publisher, writer and poet who spearheaded the revival of the Georgian national movement in the second half of the 19th century and played a major role in the creation of Georgian civil society during the Russian of Georgia. He was a devoted protector of the Georgian culture from Russification. The Society for the Spreading of Literacy among Georgians, founded by Prince Ilia Chavchavadze in 1879, discarded five letters from the Georgian alphabet that had become redundant. He is Georgia’s “most universally revered hero. 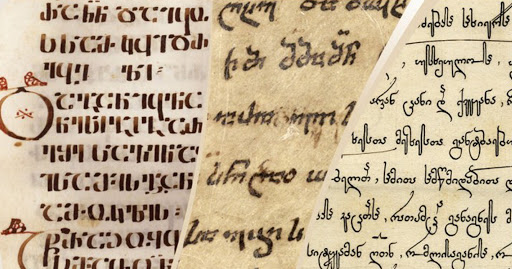 The United Nations Educational, Scientific and Cultural Organization (UNESCO) has added the Georgian alphabet to the list of the Intangible Cultural Heritage of Humanity. The nomination was submitted to UNESCO for consideration in 2015. The main goal is to underline the harmonic co-existence of three alphabets. The UNESCO official webpage reads that the evolution of Georgia’s written language has produced three alphabets – Mrgvlovani, Nuskhuri and Mkhedruli – which all remain in use today. Mrgvlovani and Nuskhuri are practised and taught informally predominately by the community of the Georgian Apostolic Autocephalous Orthodox Church while Georgia’s educational system, however, is based on the Mkhedruli alphabet.

The Georgian Alphabet has some similar looking characters and also mirrored image letters. You need to practice to identify them.

The first ever printed book in Georgian language was the Italian-Georgian Dictionary, printed in Rome in 1629 by Niceforo Irbachi (Nicholas Irubakidze-Cholokashvili), a Georgian Orthodox priest, politician and diplomat. The first printing house in Tbilisi was established in 1712 and the first books printed there were The Bible, The Knight in the Panther’s Skin by Shota Rustaveli and The Georgian Dictionary. After the annexation of Georgia by Russia in 1801 and the abolition of the Georgian Kingdom, Georgia remained a Russian province until 1918 when an independent republic was announced. During this time, Georgian did not function as a state language (until 1805, teaching Georgian at schools was also prohibited) and books were distributed only in handwritten form until 1805. The first Georgian newspaper appeared in 1819.